A lot has happened since our mid-week report! Here’s a quick update on some legislation we’re watching move through the General Assembly.

HB2758, patroned by Delegate Carroll Foy has passed House Health, Welfare and Institutions subcommittee #2 unanimously. This bill will require local departments of social services notify family members caring for kin of the option to become kinship foster parents, which would allow them to qualify for Kinship Guardianship Assistance Program (KinGAP). This still has to pass the House and Senate and be signed by the Governor before becoming law.

HB2014, patroned by Delegate Peace, also passed House Health, Welfare and Institutions subcommittee #2 unanimously. This bill brings the Virginia code in alignment with the requirements of Family First Prevention Services Act passed by Congress that will allow the Virginia to access federal funds to provide services that will prevent children from entering foster care. While it will take time to implement the Family First Prevention Services Act, this is a first step to position Virginia to be ready to implement the Act as soon as possible. 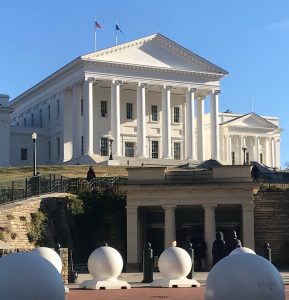 Additionally, SB1253, patroned by Senator Reeves, which has a companion in the House (HB1730 patroned by Delegate Brewer), would require local departments of social services to freeze the credit of children in foster care, preventing potential fraud, abuse and misuse of their credit while in foster care. SB1253 unanimously passed the Senate Rehabilitation and Social Services committee Friday morning. This bill has been re-referred to Senate Finance committee and must pass in Senate Finance before being heard of the Senate floor.

HB2350, patroned by Delegate Miyares was passed in House Appropriations Higher Education subcommittee Friday afternoon. This bill, if passed by both chambers, would require public higher education institutions to provide grants for tuition for Virginia students who aged out of foster care and obtained their high school diploma. This bill will now be heard before the full House Appropriations committee.

We are happy to see members in both the House and the Senate committed to helping children in foster care and their families and youth who have aged out of foster care. It’s been a successful week for issues relating to foster care and adoption and we look forward to continuing to advocate for these issues next week as Week 4 begins!