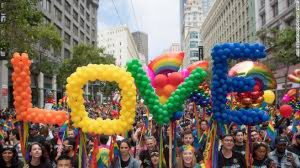 Happy Pride Month! My name is Kristen and my pronouns are she/her/hers. Every June I celebrate those dear to me (and those who are strangers too) in the LGBTQ+ community, but I am an ally every day of the year. Being an ally means that I do not identify as Lesbian, Gay, Bisexual, Transgender, Queer or anywhere on that spectrum, however, I love and support their community and advocate alongside of them. You may be reading this as a member of the LGBTQ+ community, a fellow ally, or someone who is not all that familiar with the community or Pride Month. Wherever you may fall, I would love to tell you a little bit more about why I celebrate Pride Month, and why the LGBTQ+ community is so relevant to my work as a case manager for The Possibilities Project. 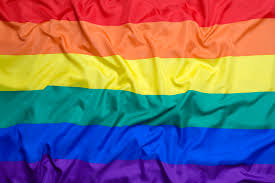 If you do your handy dandy google research, as I did, you will find that June was chosen for Pride month to commemorate the Stonewall riots of 1969. The Stonewall riots were six days of demonstrations and protests by members of the gay community, in response to police raids at the Stonewall Inn in New York City. At the time the Stonewall Inn was considered a safe haven in the gay community, as many employees and patrons there were not accepted outside of the gay community or by their families. These demonstrations in June 1969 are said to have served as a catalyst for the gay rights movement around the world, which is why when we fast forward almost a quarter century to 1994, Missouri high school history teacher Rodney Wilson deemed June LGBT History Month. June was later deemed Gay and Lesbian Pride month by President Bill Clinton in 1999 and starting in 2009, President Barack Obama declared June Pride Month each year he was in office.

During my lifetime I have gotten to celebrate alongside my friends and watch them obtain marriage equality, but I’ve also cried with them when they are bullied or ostracized in public for holding hands or showing affection with their partner. I celebrate when members of the LGBTQ+ community are able to be themselves and feel seen and loved. I cheer with them when they win some of the same rights I was given at birth as a straight cisgender person. As an ally and someone with so many people I love and care about belonging to this community, I recognize there is lots to celebrate, but also so much left to fight for.

To those unfamiliar with The Possibilities Project, it is a program that serves youth ages 18-25 who have aged out of foster care and are homeless or at-risk for homelessness. So many LGBTQ+ youth are thrown out of their home, even as minors, once they come out to their families. It is estimated that approximately 40% of youth who experience homelessness identify as LGBTQ+. These facts are exponentially true for youth of color, who are even more at risk of being homeless and not having the supports they need to sustain safety and housing. I see those statistics with my own eyes every day, along with the need for these vulnerable youth to have homes, unconditional love, and acceptance for who they are. Disparities amongst this community are of course, not specific to youth. Members of the LGBTQ+ community – especially members of color – are at much higher risk than their straight cisgender counterparts to experience assault and discrimination. While it is so important to celebrate and recognize this community this month, it is much more important that we serve as allies all year round, until these disparities and injustices no longer exist.

To every member of the LGBTQ+ community I say HAPPY PRIDE MONTH! May you feel celebrated, loved and accepted today and every day.