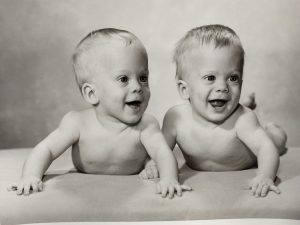 For as long as we have been in business, our primary goal has always been to innovate and adapt to our community’s needs. We have been serving at-risk youth for 120 years, and each year we continue to grow with our community.

During the 1940s and 1950s, The Children’s Home Society of Virginia saw a record number of adoptions due to WWII, European refugees, and the Baby Boom. Keep reading to learn more about this time and how we continued to adapt, create solutions, and better our society.

Adoption in the 1940s During WWII

During WWII, The Society saw a record number of adoptions. Unfortunately, once American soldiers passed away fighting in the war, their wives were unable to provide for their children, leaving no option but to put their children up for adoption.

European refugees were also coming to America during this time. Having no money, and not being able to take care of their children, many families placed their children in the system.

Somewhere between 180,000 and 220,000 European refugees immigrated to the United States during WWII, between the years of 1933 and 1945. The United States accepted more refugees fleeing Nazi persecution than any other country in the world. Most of these refugees were Jewish and from central and western Europe.

Up until this point, the Society saw mostly babies from unwanted pregnancies put up for adoption. However, during WWII, more older children were placed into the system. More than 8,000 unaccompanied European children came to the United States during the war.

The Society had to adapt to the growing number of older children placed into the system. As a solution, we developed a private Foster Care Program where older children could stay with a family temporarily until an adoptive family was found. 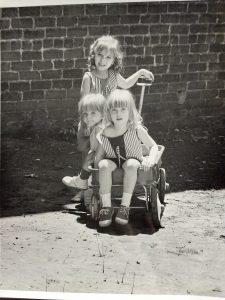 To further help these children, the Society developed counseling services and home studies, which were extremely monumental for child welfare. A home study is a screening of the home and life of prospective adoptive parents before finalizing the adoption. Professionals take into account if the home is clean, if you have utilities, if you have a sustainable income, and who else lives in the home or visits frequently.

By having more older children placed into the system, the Society became aware of the long-term behavioral issues these children face due to trauma, neglect, and lack of family. We developed counseling services as a result. Family counseling services were also developed with the goal of building strong family relationships.

After the war, our country experienced the Baby Boom.

The United States experienced an average of 4.24 million new babies every year between 1946 and 1964. After the war, the economy was strong, and Americans felt confident they would be able to provide for a larger number of children. Before the war, only about 200,000 babies were born in the United States per month. At the end of 1946, the figure increased to nearly 350,000.

In the 1950s, the Society saw more babies entering the system again. Infant adoption became a focus and sense of urgency.

During the 1950s, a new clarity emerged on the effects of trauma, separation, and abandonment babies experienced from being taken from their birth mother. Comprehensive studies were performed, and it was discovered that even babies are affected mentally and behaviorally due to a lack of attachment.

We realized babies needed to find a home sooner than we initially thought.

Therefore, the Society streamlined its services to place babies into a home and with a family more quickly.

As a result, the Society reduced its overhead costs because babies weren’t staying as long, and even though we were serving more babies, we needed a smaller staff.

During the 1950s, the Society also changed how we charged families. A sliding scale was developed for families based on income.

By realizing we needed to be more efficient in our operations, we experienced great growth and success during the 1950s.

Next month, we will discuss the accomplishments the Society made during the 1960s.

Innovating and adapting to our community’s needs has and always will be our foremost priority. Creating solutions to better serve Virginia’s at-risk youth remains our most important mission.

We have come a long way since the 1900s, but there is still a long way to go.

Virginia is ranked practically last for the rate of children aging out of foster care. Currently, there are nearly 1,000 children waiting to be adopted in the state of Virginia.

If you’re considering adoption, you’re in the right place. There are many different ways you can grow your family through adoption, and CHS would love to help.

If you would like to help us fiscally, please know that every dollar makes a difference in the life of a child. No amount is too small, and we need your help now more than ever.

We would greatly appreciate it if you considered donating to us and supporting Virginia adoption and our vulnerable youth.